Is antenna selection the key to realizing Gigabit LTE? 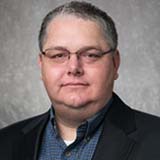 Gigabit LTE has arrived! Most major smartphone manufacturers have launched Gigabit LTE devices, including Sony, Samsung, HTC, LH, Sharp, and Huawei—with more certainly to come. For data-hungry, speed-starved end users, there appears to be a critical mass of mobile devices able to access and keep up with the new, faster 4G technology. For the mobile network operators (MNOs) that can support it, the new technology promises more efficient use of network resources and improved traffic management.

The “what” of Gigabit LTE—carrier aggregation, 256 QAM, 4X and 8X MIMO—sounds straightforward. The tough part is the “how.” Creating the infrastructure to support all three requirements can seem difficult. Focusing on a single aspect of the infrastructure—the antenna—can help you see the problem more clearly and solve it more easily.

The first requirement for Gigabit LTE is having enough spectrum—contiguous or noncontiguous—to support carrier aggregation. The FCC recently announced conditional access to bandwidth in the 3.5 GHz citizens band radio system (CBRS) and through licensed-assisted access (LAA) to the unlicensed 5 GHz band. This frees up plenty of extra bandwidth, especially in the less congested unlicensed spectrum. According to ABI Research, “The wide availability of unlicensed spectrum can make gigabit LTE deployable over the next year by 90% of the world’s operators with just 10 MHz of licensed spectrum.”

Secondly, carriers must be able to pack more bits into each signal. 256 QAM can deliver the spectral efficiency needed. However, higher order modulation schemes are significantly more sensitive to noise and interference. 256 QAM requires a signal-to-interference-plus-noise ratio (SINR) greater than 30 dB.

With ample spectrum now available, the key obstacles for MNOs—support for 256 QAM and 4X MIMO—are both hardware related.

When you get right down to it, the network’s ability to support Gigabit LTE depends, in large measure, on antenna selection. Antenna specifications, capabilities and pattern characteristics play a key role in maintaining a signal-to-interference-plus-noise ratio (SINR) that supports 256 QAM, and enabling the spatial multiplexing needed for 4X MIMO. Consider these few examples:

At the same time, MNOs are focused on the near future and putting the pieces in place to support 5G. That means ramping up cell densification using metro cells and other small-cell solutions, planning for additional licensed and unlicensed spectrum, and looking to increase capacity wherever possible. Considering the immediate and imminent demands on network infrastructure, what capabilities should you look for in your antenna solutions? Here is CommScope’s take (in no particular order): 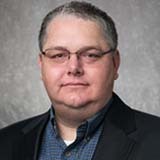 Robert Cameron is an applications engineer for the Active Wireless Products team at CommScope. He is an invaluable resource to CommScope customers, providing insight and training on the latest solutions and how best to implement them. Robert is also responsible for providing background technical information and troubleshooting. He has spent the past 17 years in the RF industry, working in amplifier, antenna and RF system design. Robert’s career began as part of an ambitious startup company, where he designed cellular network repeaters before moving into system design and project management to round out his expertise. He has managed several high-profile projects, including the two stadiums where the Kansas City’s Chiefs and Royals play football and baseball, respectively, as well as in-building systems for the Library of Congress and the World Bank. He has also managed installations for the US military and several key airports and large banks. Robert holds a B.S. in electrical and computer engineering from The Ohio State University with a focus on RF.